In 1996, The Cathedral of St. Jude the Apostle in the Diocese of St. Petersburg, Florida purchased a new Rodgers 4-manual digital organ to replace the Rodgers analog instrument bought in 1963. The old Rodgers console was still working fine but lacked "all the bells and whistles" available on the new organs of the day. Rather than trading the organ, the Cathedral donated it to the newly formed St. Timothy Parish in Lutz. As St. Timothy outgrew that first property, a newer, albeit pre-owned Rodgers was purchased in 2002 to be installed at the new location and the Rodgers 330 was donated once again to yet another church in central Florida. The first new organ in the history of their church was purchased at the end of 2016.

The new hybrid organ for St. Timothy was designed by a certified Rodgers Dealer and built by a renowned pipe organ builder and Rodgers Instruments. 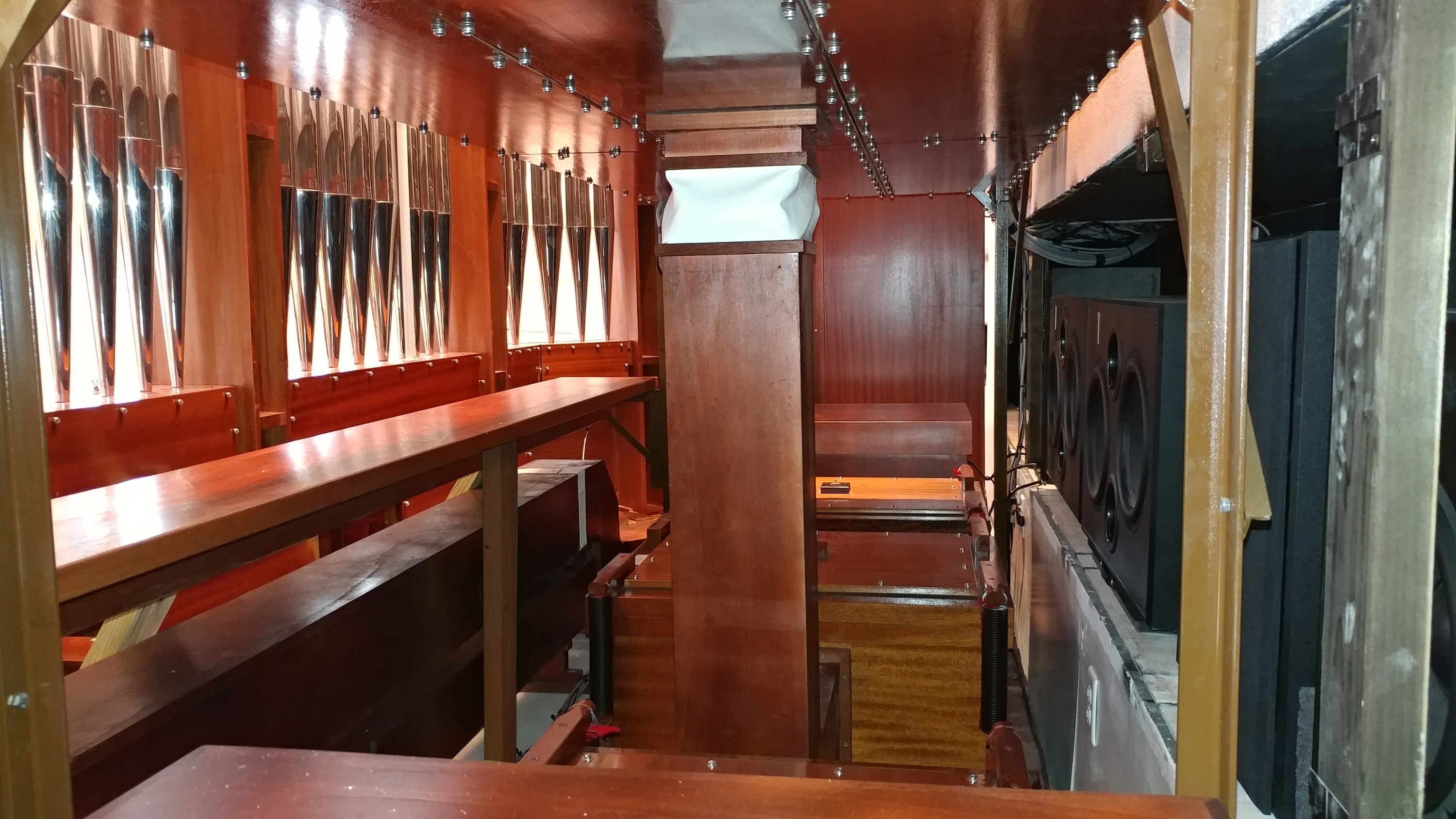 The mahogany casework is accented by three dazzling "embossed" pipes. Each of the embossed pipes bears a name stamped into its languid. The foundation of the pipework is the Pedal Octave 8' and the largest pipe in that rank bears the name of Fr. Kenneth Malley, Pastor of St. Timothy's.

The pipe in the center of the facade bears the name of Bishop Robert Lynch. Finally, the pipe closest to the organ's console bears the name of the late Msgr. Harold Bumpus who was a champion of the organ within the St. Petersburg Diocese for decades.

Critically important to the organ committee at St. Timothy’s was a digital organ’s ability to seamlessly blend with real wind-blown pipework for both the listening enjoyment of the congregation and the functions and features for the organist. 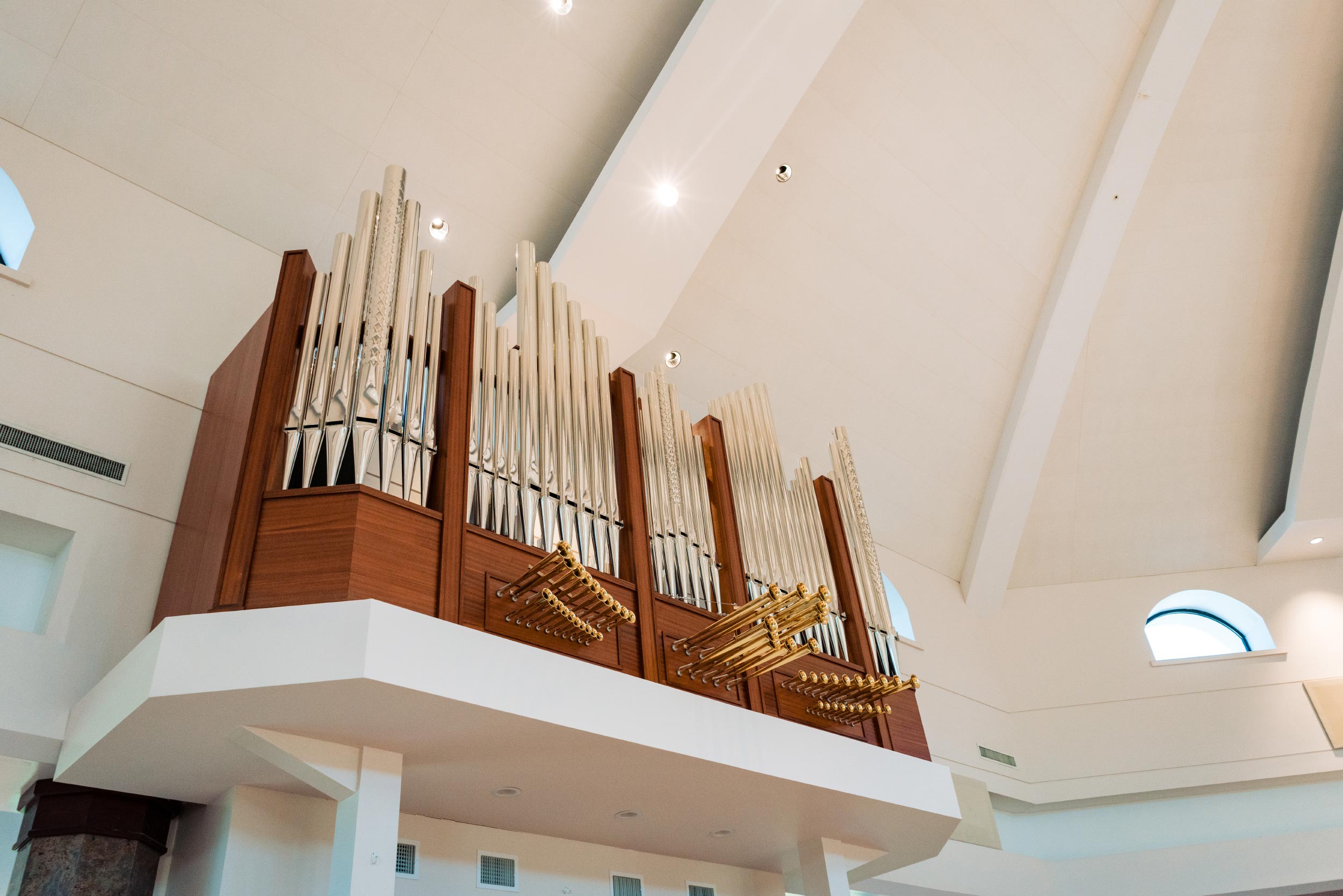